The last four meetings between these two have all produced home wins, including 1-0 and 3-0 victories for Getafe in 2020. Real Betis have won just three of their last 13 matches at the Coliseum.

Enes Ünal has scored 15 La Liga goals this season, despite the fact his first came on 28 October. The Turk is 9/2 to break the deadlock and 13/8 to score anytime.

Borja Iglesias has socred twice in his last six appearances against Getafe. He is 11/2 to score first and 21/10 to add to this tally.

All hail Real Betis! Kings of the Copa del Rey!

Los Verdiblancos made the dream start, taking the lead after just 11 minutes when Héctor Bellerín's inch-perfect cross was headed home by Borja Iglesias.

However, Valencia equalised not long after and, that turned out to be the end of the scoring.

So, now at 1:45 am local time, a penalty shootout followed.

This is their first silverware since winning the same competition in 2005, with Joaquín the first player ever to win multiple trophies with Betis in their history.

So, at worst, Manuel Pellegrini's side are guaranteed a spot in the Europa League group stages, but aren't out of the Champions League hunt just yet.

At the start of the weekend, Béticos sit fifth, four points below Atlético Madrid and six adrift both Sevilla and Barcelona.

Will this be the start of a strong final five games for Betis as they seek to gatecrash the Champions League places?

Getafe meanwhile are, almost, guaranteed to be in La Liga next season following a vital victory in their last outing.

12 days ago, Borja Mayoral's brace, coming either side of half time, helped Azulones beat Celta de Vigo 2-0 at Balaídos.

As a result, Quique Sánchez Flores' side are 15th, five points clear of danger, needing just one more victory to secure a sixth successive season in the top-flight.

There's still plenty to play for, so will there be a winner at Estadio Coliseum Alfonso Pérez?

Borja Mayoral's brace at Celta Vigo will see him keep his place up front, alongside top-scorer Enes Ünal.

When only counting La Liga goals from round 11 onwards, when Ünal scored his first of the season, he's only one behind Karim Benzema in the race for the Pichichi.

In reality, the Frenchman is ten clear of Ünal and Raúl de Tomás but, for a Getafe player to be joint-second is good going.

Elsewhere, Nemanja Maksimović and Okay Yokuşlu could come into midfield, alongside Mauro Arambarri.

Former Betis player Carles Aleñá is amongst the alternatives.

As for Manuel Pellegrini's team, nine days on from the Copa del Rey Final, the celebrations are over and it's back to business.

Borja Iglesias' goal in that game should see him continue up front, chosen over Willian José.

Joaquín, who'll celebrate his 41st birthday this summer, looks set to sign a one-year contract extension and is still a key member of this squad.

However, he's usually settling for substitute appearances these days, with Juanmi, Nabil Fekir and Sergio Canales the attacking midfield trio. 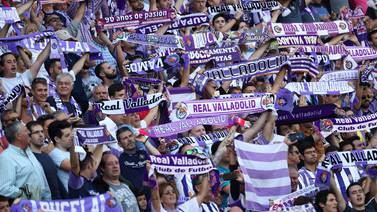