The Seagulls welcome Manchester United to the Falmer Stadium in Brighton on Wednesday for this Carabao Cup (or EFL Cup) match.

Brighton could be feeling like a home-away-from-home for the United players. This will be their third match here in 2020, and their second in just 5 days. They were here at the weekend for a Premier League match, which United won 3-2.

United’s only previous visit here in this competition was in 1992 in what was known as the League Cup at the time. The competition had a two-legged format at the time, with the first leg ending 1-1 here before United won 1-0 at Old Trafford to progress to the third round.

BRIGHTON, ENGLAND – JUNE 20: Neal Maupay of Brighton and Hove Albion scores his team’s second goal past Emiliano Martinez of Arsenal during the Premier League match between Brighton & Hove Albion and Arsenal FC at American Express Community Stadium on June 20, 2020 in Brighton, England. Football Stadiums around Europe remain empty due to the Coronavirus Pandemic as Government social distancing laws prohibit fans inside venues resulting in all fixtures being played behind closed doors. (Photo by Mike Hewitt/Getty Images)

Brighton & Hove Albion vs Manchester United: What are the betting odds?

The Albion won their first two home matches after promotion against United. They were also considered the better team and unlucky to get nothing from the game at the weekend. Despite this, they start the match as 16/5 outsiders.

The only previous EFL Cup match between these sides in Brighton finished as a tie. Odds of 11/4 are available if you see Brighton and Manchester United cancelling each other out on Wednesday night.

United won here at the weekend. It was their second consecutive win at the Falmer Stadium in 2020. They are the odds-on favourite to make it a three-peat at 5/6.

Brighton’s last home victory over Manchester United came back in 2018 by a scoreline of 3-2. A repeat of this score on Wednesday is available at odds of 33/1.

Manchester United’s last win at Falmer Stadium was also by a 2-3, just last weekend. You can back them at 22/1 for the same scoreline as Saturday.

Marcus Rashford (pictured above) scored the best goal of the game at the weekend. He danced around the Brighton defenders in the box, before firing home from close range. The England international is 5/1 to score the game’s opener on Wednesday. Or 6/4 to bag a goal at any time during the game against Brighton.

Neal Maupay scored a cheeky Panenka against David de Gea at the weekend. He chipped his penalty right down the middle. However, it was also his handball that ultimately handed United the win from the spot in the 100th minute of the match. Maupay is the favourite of those in blue to get on the scoresheet at 13/8. You can back the Frenchman at 11/2 to grab the game’s opening goal.

A view of the VAR system pitch side during the Premier League match at Molineux, Wolverhampton. (Photo by Nick Potts/PA Images via Getty Images)

Saturday’s match between these sides will become a pub quiz question for future generations. Who was the first Premier League team to concede an allowed goal after the final whistle had been blown?

Naturally, a lot has been written in the media about it. Some have changed Manchester United’s name to ‘VARchester’ or ‘Penchester’ United. Ultimately though, isn’t this what people wanted when VAR was brought in?

Neal Maupay clearly handled the ball and it should have been a penalty. That it happens at the start of the match, or 2 seconds before the final whistle is irrelevant – it happened during the match. Brighton will feel hard done by because they are the first team this has happened to.

The ill-feeling is likely because something has changed. When you hear the final whistle the game is no longer over. If anything happened in the seconds beforehand, those things will be reviewed. And, given this has only happened once in the thousands of matches using VAR, it will be an event so rare it probably isn’t worth the amount of attention it is getting. Which brings us to the second reason… it’s Manchester United.

When any team enjoys a period of dominance that United did, where every season they are either winning the title or finishing second for two decades, there will be some that hate you for that. There is a lack of balance which results in some feeling that it is unfair. Every decision that goes United’s way is about ‘helping’ them. We are seeing the same said now about Liverpool, and they have only been at the top for a few seasons.

‘Anyone But United’ was heard when asked who you wanted to win the league next year. ‘Fergie-time’ every time a goal is scored late in a game. These are all things United fans had to grow up hearing.

On the flip side of that, United have had more VAR decisions than any other team. This, coupled with the number of penalties they win compared to other sides over the last two seasons, means the accusations of favouritism towards Manchester United will likely continue on social media.

Yves Bissouma missed the clash against United at the weekend due to a suspension. His red card against Newcastle will also prevent him taking any part in this match.

Florin Andone is also ruled out after rupturing his MCL and tearing his ACL. He won’t play again until 2021 at the earliest.

“It is the really early stage of his rehab, so we won’t be looking until the new year really until he can safely be back on the pitch after the type of injury he has had.”
– Graham Potter, Brighton Manager

Jose Izquierdo is also out with a knee injury. Although he is expected to return to the pitch much sooner than Andone.

Reserve keeper Christian Walton suffered an ankle injury against Chelsea in pre-season. He is expected to be out for at least a few weeks yet.

Davy Propper could get a second run-out of the season here as he needs minutes to find some match fitness.

COLOGNE, GERMANY – AUGUST 16: Sergio Romero of Manchester United warms up ahead of the UEFA Europa League Semi Final between Sevilla and Manchester United at RheinEnergieStadion on August 16, 2020 in Cologne, Germany. (Photo by James Williamson – AMA/Getty Images)

Unlike a lot of Premier League sides, Ole Gunnar Solskjær named a very strong side to face Luton in the previous round. Wan-Bisssaka, Maguire, Fred, Matic and van de Beek all started for the Red Devils. A similarly strong XI is expected here.

Sergio Romero (pictured above) has typically been United’s #1 in domestic cup competitions in recent seasons. However, with Dean Henderson returning from Sheffield United, he has been demoted to 3rd choice keeper. Romero isn’t expected to be in the squad on Wednesday as he looks to seal an exit from the club.

Axel Tuanzebe hasn’t featured for United this season with a foot injury. Ole expects him to be available again after the international break.

“He’s getting closer to training with the team. He’s on the grass and after the international break he should be fine to join us.”
– Ole Gunnar Solskjær, Manchester United Manager

Phil Jones remains ruled out with a knee injury from the tail end of last season. 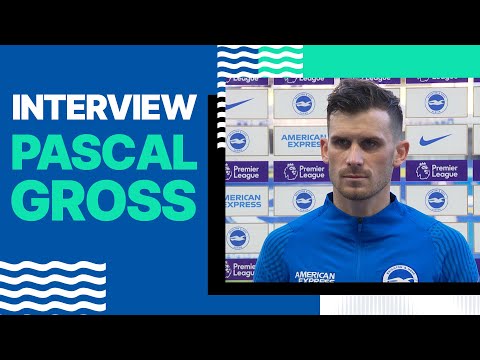 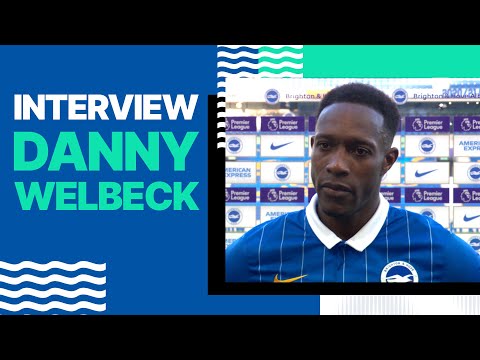 Danny Welbeck Reacts To Late Penalty Decision
Danny Welbeck gives his verdict on the late penalty decision against Liverpool in the…
2020-11-28T16:21:45Z

Why Joel Matip is missing for Liverpool vs Brighton