Quote of the day: “Brazil have shown the world that the Brazil national team is back. We showed that we deserve respect with a great win over the world’s best. We didn’t hide – we ran and ran. We played very strongly from start to finish. That shows we are a strong team.” – Neymar.

Runner-up: “I played with Wayne for many years. He’s a fantastic footballer. Personally, with my allegiances, I’d never recommend anyone leave United because I believe it is a great stage to play football and you can achieve what you want there. I’ve seen Ryan Giggs, when he was 27, linked to Inter Milan, Juventus and AC Milan and stay.” – Gary Neville.

Daily Telegraph match report Fred scored twice as hosts Brazil won the Confederations Cup for the third time in a row with a hugely impressive win over favourites Spain in Rio de Janeiro. The Fluminense striker struck early in each half, the first a scrappy affair and the second a neat curled finish. Neymar fired home another just before half-time while Spain did not help themselves, with Sergio Ramos missing a penalty before fellow centre-back Gerard Pique was sent off. Brazil gave a raucous Maracana crowd a dream start as with just over a minute on the clock, Fred showed superb presence of mind as in trying to meet Hulk’s cross he was buffeted by two defenders.

Early start for Moyes as new Man United boss arrives at 8am for first day in charge… and here are the challenges facing the Scot (Adam Crafton, Daily Mail) David Moyes has arrived at Manchester United’s Carrington training ground to officially begin work as Sir Alex Ferguson’s successor. Moyes drove into the vast complex in a sponsored Chevrolet at just after 8am this morning, stopping briefly to wait for security barriers to be raised before heading into work. It marks the start of a new era for the Red Devils after Ferguson ended his 26-year tenure in May but Moyes looked keen to retain a little of his Everton identity as he arrived with a blue folder on the passenger seat.

Rooney & Moyes to meet on Tuesday

Rooney and Moyes to sit down on Tuesday as Chelsea, Arsenal and Real lie in wait (Sami Mokbel, Daily Mail) David Moyes is to hold talks with Wayne Rooney and his representatives on Tuesday as he takes on his first big task as Manchester United manager. The Scot’s six-year contract officially starts on Monday and he will head into the club’s Carrington HQ eager to sort out the  long-running Rooney saga. Moyes wants Rooney to stay but is aware the 27-year-old is determined to leave the club he joined for £25.6million in 2004. 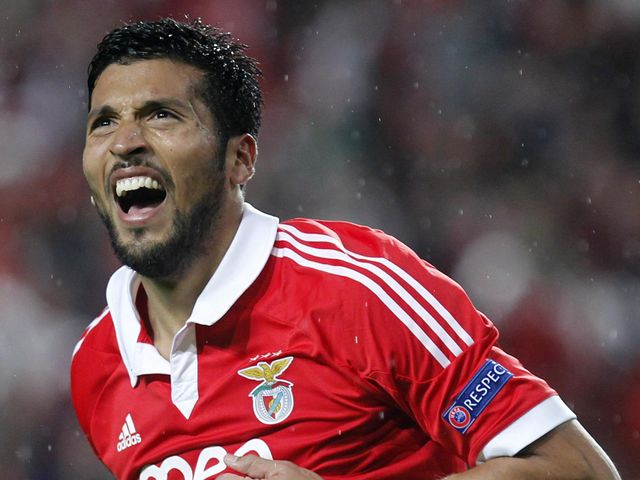 David Moyes poised to sign Ezequiel Garay as he finally takes Man United reins (Alan Nixon, Daily Mirror) David Moyes officially starts at Manchester United today – and he has the green light to sign Benfica’s Ezeguiel Garay. The Argentina centre-half has been on the radar since February – as revealed by MirrorSport – and a £17million swoop has moved closer after Benfica lined up his replacement. The Portuguese club are set to sign another Argentinian, Lisandro Ezequiel Lopez from Arsenal de Sarandi, to replace him, with the classy 23-year-old moving for around £3.5m and allowing Benfica the chance to sell Garay.

Chelsea beat Arsenal to West Brom super kid Isaiah Brown – but now face bitter tribunal battle (Alan Nixon, Daily Mirror) Chelsea have won the race to sign West Brom’s England youth star Isaiah Brown – but face a bitter tribunal battle, writes Alan Nixon of the Sunday People. The Stamford Bridge side are taking the 16-year-old midfielder despite huge competition from Arsenal and he will pick up a lucrative deal. Powerful Brown had his pick of clubs after starring for the Baggies youth sides. Now West Brom will look for a compensation deal from a tribunal. He is not yet 17 and therefore the figure has to be settled independently.

Newcastle braced for £20m Yohan Cabaye bid from Paris Saint-Germain (Louise Taylor, Guardian) Newcastle United are bracing themselves for a bid for Yohan Cabaye from Paris Saint-Germain and must decide whether to sell for around £20m or hold the France midfielder to his contract. Laurent Blanc, the new PSG coach, holds Cabaye in high regard and sources in France suggest the PSG are preparing an offer which could be submitted as early as Monday. Although Monaco have also been tracking Cabaye, he forged a strong relationship with Blanc when the latter was France coach and offered the former Lille midfielder an important role in the national side. Cabaye has three years remaining on his deal at St James’ Park and is said to be a favourite of Mike Ashley, Newcastle’s owner, but cashing in on the 27-year-old would help fund manager Alan Pardew’s double £26m bid for the St Etienne striker Pierre-Emerick Aubameyang and the central defender Kurt Zouma. Moreover, there would also be cash left over to purchase other targets, including the Aston Villa forward Darren Bent.

Blackpool accept Cardiff’s £8m offer on Tom Ince – to uncertain effect (Louise Taylor, Guardian) The future of Thomas Ince is in the balance after Blackpool accepted Cardiff’s £8m bid for the England Under-21 winger. Although Paul Ince, Blackpool’s manager and the player’s father, has confirmed that the offer is on the table, he remains unsure whether his son will be leaving north-west England in the near future. “Cardiff have come in massively for Thomas and the chairman has accepted their offer,” confirmed Ince senior, speaking from Blackpool’s pre-season training camp in Portugal. “But Thomas has told me he’s in no rush to leave the club. I think it’s 50/50 at the moment. He loves it here. It’s a tricky one for me – ideally you want your son to be playing in the Premier League but you also want him to be playing for you. I wouldn’t put my hat on it that he’ll be playing in the Premier League this year.”

Jose’s looking for ‘home’ comforts (Antony Kastrinakis, Sun) Jose Mourinho’s Chelsea contract starts today — five days after Carlo Ancelotti succeeded him at Real Madrid. There are interesting parallels between the two. Ancelotti’s biggest mistake was to go to Chelsea, where he was treated shabbily despite winning the Double in his first season. Mourinho’s biggest error was to go to Madrid, where his reputation took a battering. He won fewer trophies than any of the previous seven managers who spent at least three seasons at the Bernabeu. Quite fitting then that Mourinho went ‘home’ in search of peace as ‘pacifier’ Ancelotti was made to feel ‘at home’ at Real.