Quote of the day: “The club spent much of Sunday in discussion with Gus and his representatives. Gus was well aware, before he appeared on the BBC, that his dismissal was pending. Given Gus has a right to appeal the decision to dismiss him, the club will not be making any further comment on this matter at this time.” – Brighton statement.

Roo Camp (Antony Kastrinakis, Sun) Barcelona are ready to fight Real Madrid and Chelsea to take £25million Wayne Rooney to the Nou Camp… Top Barca sources told SunSport they are monitoring the situation and if United want to flog him they are ready to pounce…Barca will most likely let go of David Villa with Tottenham in hot pursuit after Arsenal’s interest waned when they seemed favourites to land him in January. They see £250,000-a- week Rooney as the ideal successor to Villa, 31.

Saints rage as greedy agents demand £1million (Geoff Sweet, Sun) Greedy agents are demanding an extortionate £1million to let their player join Southampton. The Saints had agreed a £12m fee with Celtic for midfielder Victor Wanyama. But they were then stunned to be told agents Rob Moore and Ivan Nodia want a staggering £1m in fees simply to seal the deal for the 21-year-old Kenyan. 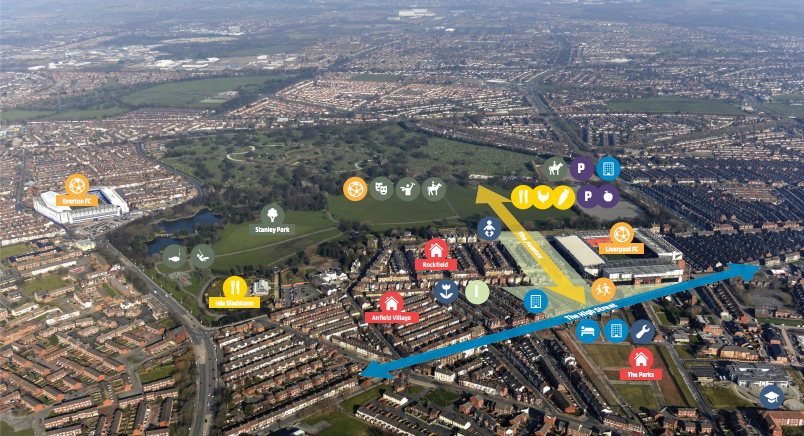 Anfield landlord seeks compensation over Liverpool stadium blight (David Conn, Guardian) The owner of two houses wanted for demolition by Liverpool to expand their Anfield stadium has said he will not sell without significant compensation for years of blight in the area. Graham Jones, who together with a business partner owns No63 and 65 Rockfield Road, behind the main stand, accuses the club of deliberately running the area down from the mid-1990s by buying up houses in the neighbouring streets and leaving them empty. At least one house the club owned in the row of terraces on Lothair Road was entered by vandals and set on fire.

Liverpool council paves way for Anfield expansion (Ian Herbert, Independent) The stadium will need to become more active on non-match days to sustain the new economic activity the council envisages. Locating a training hotel and food hub in a district which has become as run-down as Anfield seems very ambitious, especially as the transport links between the city centre and the stadium remain so limited. Suggestions that nearby old rail lines be put back into use have been dismissed as they are the wrong gauge and would require a major engineering overhaul.

Juventus ramp up Tevez interest as officials fly into Manchester for showdown talks (Paul Collins, Mail) Juventus representatives are flying in to England to hasten talks with Manchester City over a move for striker Carlos Tevez. The Argentine forward has agitated for a move twice in the past and could be lining up for the Italian champions come next season.

New City boss Pellegrini ready to give Dzeko a second chance after failing to land Isco and Cavani (Chris Wheeler, Mail) Manuel Pellegrini has suffered a setback on his first day officially in charge of Manchester City after he conceded defeat to Real Madrid in the chase for Spain Under-21 star Isco. It was hoped that Pellegrini’s relationship with Isco at Malaga over the last two years could sway the player towards City, but the opportunity to stay in Spain proved decisive in Real clinching a £24million deal. Pellegrini is also ready to call off City’s pursuit of Napoli’s £54m-rated striker Edinson Cavani, a long-term target for predecessor Roberto Mancini, and give Edin Dzeko a second chance at the Etihad.

Fellaini keen on Arsenal move but Gunners balk at £50m outlay for Everton midfielder (Sami Mokbel, Mail) Marouane Fellaini wants to join Arsenal’s £100,000-per-week club as the Gunners contemplate another big-money summer swoop… In addition to his wage demands, Arsenal would also be required to meet Fellaini’s £22million release clause – which could see the cost of the deal spiral to as much as £50million.

Arsenal ready to offload Johan Djourou with Hanover and Hamburg keen (Dominic Fifield, Guardian) Arsenal’s attempts to shift players from their wage bill before revamping the squad this summer are set to gather pace with Hamburg and Hanover having expressed an interest in signing Johan Djourou.

Pauli hot on Spurs (Shaun Custis, Sun) Tottenham are understood to have agreed a £17million deal with Corinthians for the midfield star’s signature. And although reports from Brazil claim Chelsea have been trying to make a late move for him, Paulinho, 24, has his heart set on White Hart Lane. He said: “Tottenham have a reputation as one of the great clubs in England, who play exciting, attacking football which suits my style.”

Alex Baptiste a target for Crystal Palace chief Ian Holloway and Bolton boss Dougie Freedman (Alan Nixon, Mirror) Crystal Palace boss Ian Holloway is at war with Bolton chief Dougie Freedman over the signing of Blackpool skipper Alex Baptiste… Baptiste agreed to sign for Bolton a month ago and has sorted out terms on the deal – and put pen to paper. However Palace chief Holloway wants Baptiste to cancel the deal and join him instead, giving him a chance to play in the top flight again.