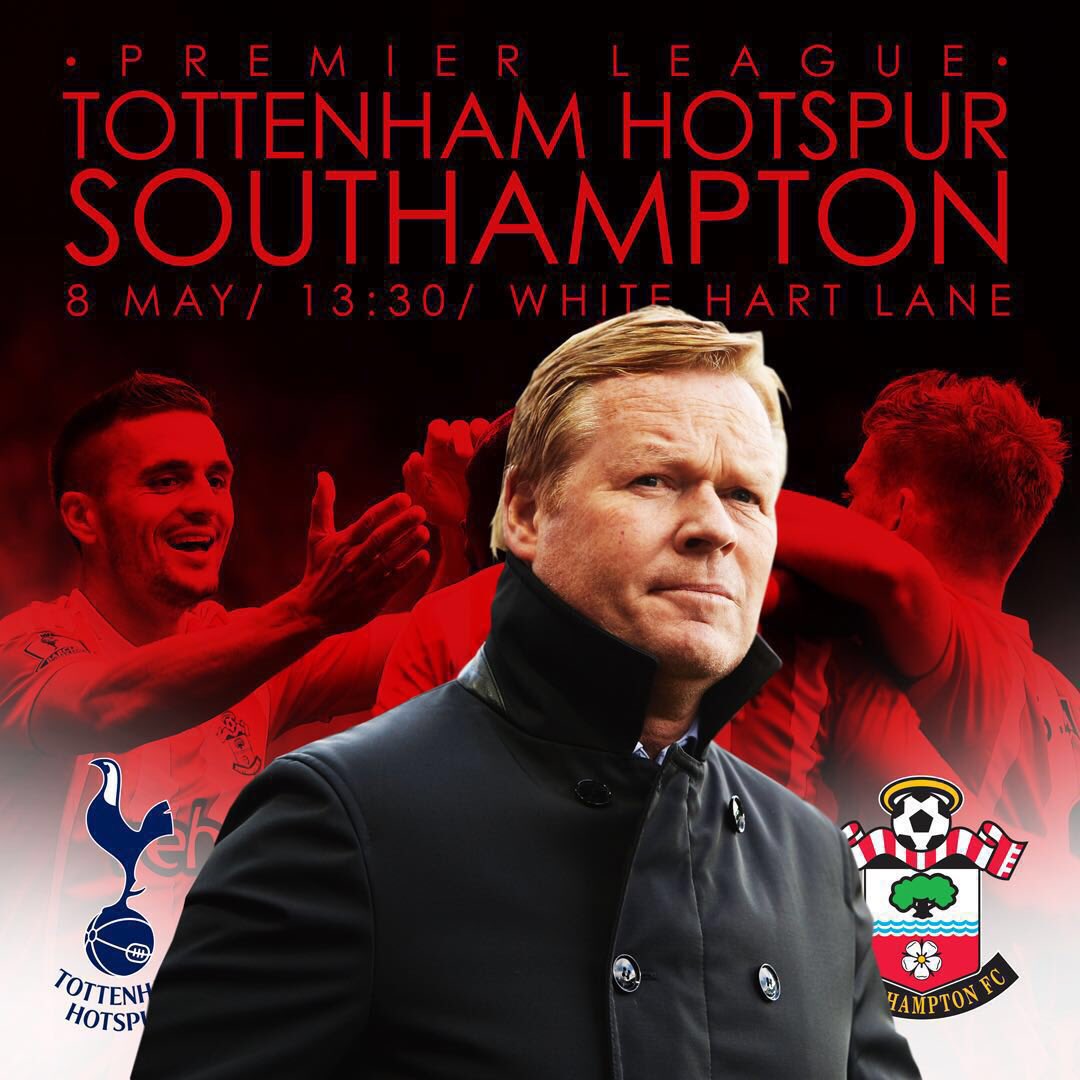 Tottenham may have lost the title race, but the still have things to play for in their final two matches of the season.

Spurs are looking to end the campaign on a high, and in second place.

Moreover, they are also looking to finish the campaign above their bitter rivals Arsenal, which is something they’ve failed to achieve in the last 16 seasons.

Spurs are without Mousa Dembele, who has been banned for six games for gouging the eye of Chelsea’s Diego Costa.

Dele Alli is already suspended, while fellow midfielder Nabil Bentaleb remains out with a knee injury.

In general, Tottenham are unbeaten in their last seven league matches with Southampton.

The Saints are also in a good run of form. They have only lost one of their last eight league matches, and they’ve scored 12 goals in their last four Premier League games.