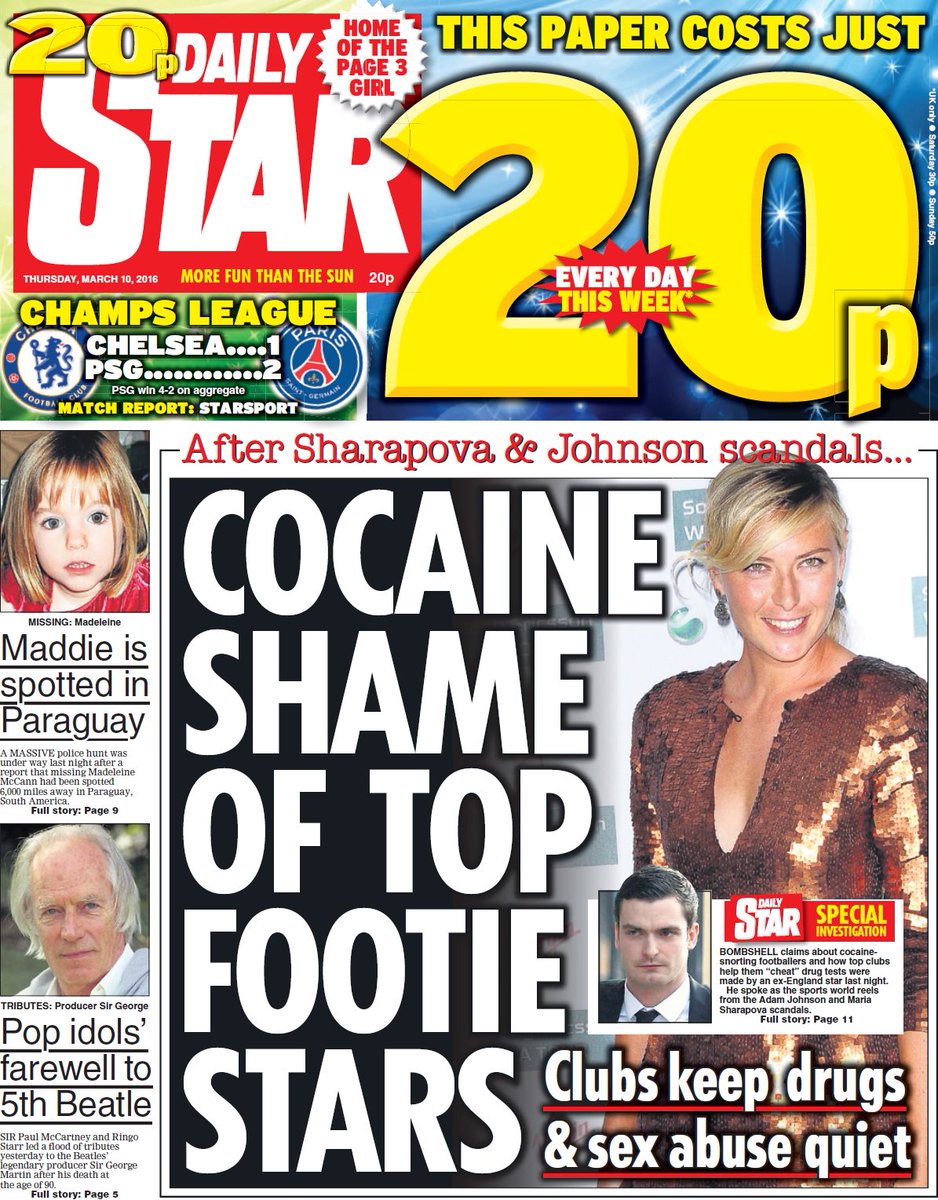 The front page splash of the Star on Thursday will leave readers asking two immediate questions.

According to the eye-grabbing claims, “top clubs” in England are actively helping their footballers “cheat” on drugs tests in order that they avoid being found out for snorting cocaine.

The story comes in the wake of two major sporting stories in the past few weeks.

Sunderland chief executive Margaret Byrne has this week resigned from her post in the light of the Adam Johnson conviction. Bryne was forced to leave her position at the Stadium of Light because she had knowledge of Johnson’s involvement with a minor, but she failed to act.

The Star blatantly suggest that Byrne was guilty of a cover up.

The other sporting story being referred to by the tabloid is Maria Sharapova’s admission that she used performance enhancing drugs on the tennis circuit.