Just before Manchester United went 12 points clear at the top of the Premier League table, Old Trafford witnessed a fine tribute to the victims of the 1958 Munich air disaster, minutes ahead of the 2-0 win over Everton.

Last Wednesday was the 55th anniversary of the Munich air disaster, which resulted in 23 deaths, including eight players from Manchester United’s first team on their way back from a European Cup tie in Yugoslavia.

The Stretford End unveiled a banner before Manchester United’s 2-0 win on Sunday that said “We’ll Never Die,” featuring a picture of the 1958 team, famously managed by Sir Matt Busby.

A minute’s applause and black armbands worn by both sets of players also marked the first home game since the anniversary of the Munich air disaster.

Pictures of the new Manchester United banner can be seen below. 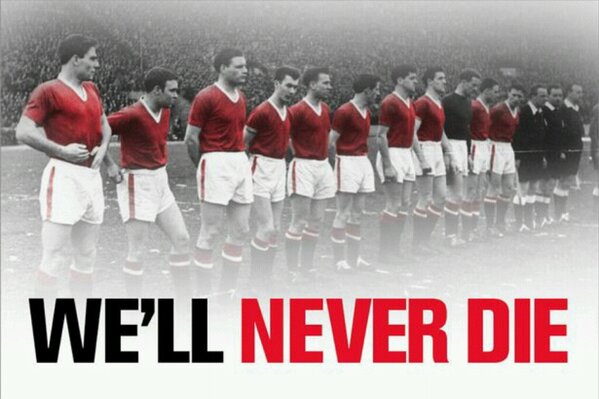 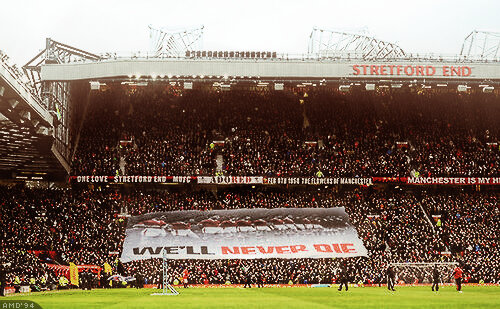