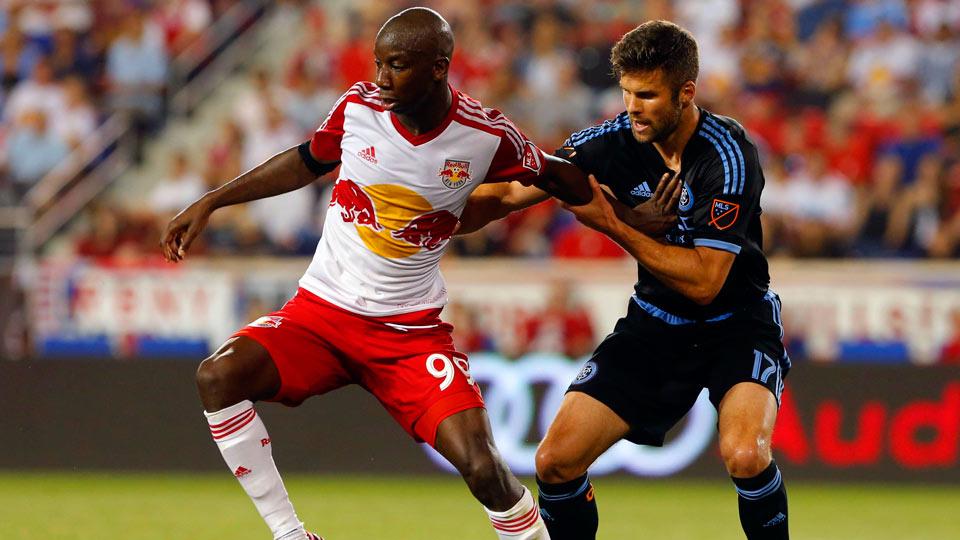 The Red Bulls produced an excellent pre-match tifo ahead of kick off making fun of their rivals for being ‘Manchester City Lite’.

Still without a stadium, NYC FC are currently playing in the Yankee Stadium and that was seen as another opportunity to ridicule by the New York Red Bull fans.

Despite losing a man in the first half, the New York Red Bulls beat their new rivals 2-1 thanks to a Bradley Wright-Phillips brace.

The atmosphere was electric at the Red Bull Arena last night. See the pre match tifo below.