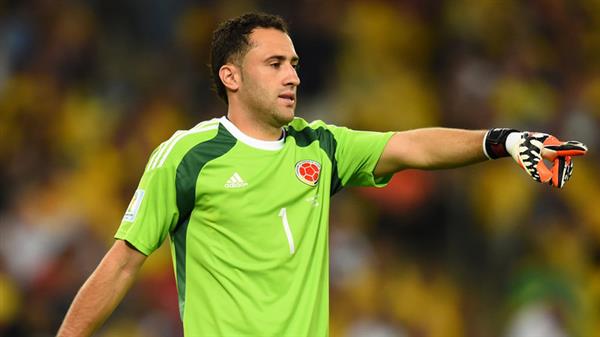 It will come as no surprise when David Ospina is officially announced as an Arsenal player.

The Colombia World Cup goalkeeper has been heavily linked with Arsenal over the last few weeks and it is understood that the Gunners have agreed a fee with Ligue 1 side Nice.

Sky Sports also quote Arsenal boss Arsene Wenger: “You know at the start Szczensy will be the No.1, then again we’ll be down to performances and, if Ospina shows that he is better, he will play.”

Some of the Twitter reaction on David Ospina’s imminent move to Arsenal can be seen below.

Must admit, I'd never heard of Ospina until the World Cup. His (ex) club manager says he can be Arsenal #1, describing him as 'magnifique'.

Nice have confirmed Ospina departure to the Arsenal. Welcome @D_Ospina1 !!

Only Gianluigi Buffon (81.1%) had a better saves to shots ratio than David Ospina (80.3%) in the top five leagues last season.

note: The signings of Alexis, Debuchy, Ospina and Chambers will take Arsenal's spending to around £60m.