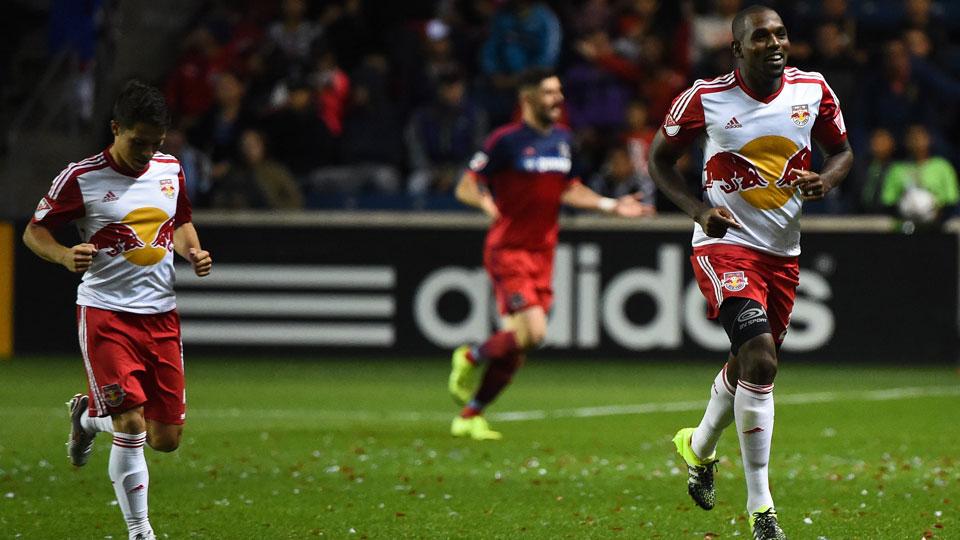 There was controversy in the MLS on Wednesday night, as the New York Red Bulls scored a super sneaky goal that really shouldn’t have stood.

The Red Bulls ultimately lost 3-2 away at the Chicago Fire in the MLS, but in the 49th minute the match was all-square 2-2 following a crafty corner routine.

Lloyd Sam was the chief protagonist, as he touched the ball while it was set in the corner position, before Sacha Kljestan marched over to take control of the situation.

After checking with the linesman, Kljestan then ran the ball into the Chicago box as the Fire defense were caught off-guard, before he teed up Ronald Zubar for the finish.

The goal was granted, even though the move was actually illegal as Lloyd Sam had broken the rules of the game by touching the ball more than once as he initially ‘took’ the corner.

See the action below, together with the match highlights from the game.