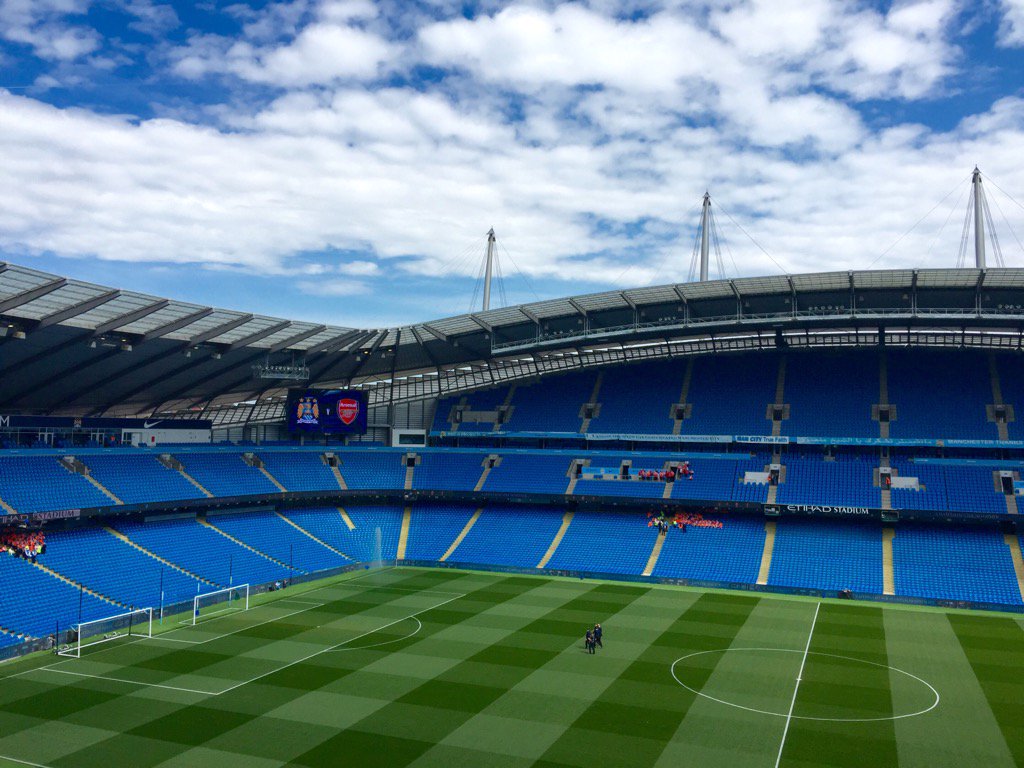 At the start of the season, a battle between Manchester City and Arsenal in the penultimate game of the campaign could well have been a Premier League title decider.

As it is, there is plenty riding on Manchester City versus Arsenal in the Premier League on Sunday as both sides look to secure their spots in next season’s Champions League.

City look to have the most riding on this encounter after Manchester United put the pressure on with a 1-0 victory at Norwich.

Manuel Pellegrini’s side are one point ahead of United, with better goal difference, and two games remaining for both sides.

After today’s game against Arsenal, City head to Swansea on the final day whilst United face West Ham (away) and Bournemouth (home).

Certainly, failure to beat Arsenal at The Etihad on Sunday, in Manuel Pellegrini’s final home game as manager, would open the door for United to bag fourth spot.

Whether Manchester City can lift themselves after a seriously limp and underwhelming defeat at Real Madrid in midweek is a big question going into this encounter.

Arsene Wenger in or out?

Any game involving Arsenal these days courts fresh conjecture about the role of Arsene Wenger, and even though Champions League football is all but assured, thanks to playing Aston Villa at home on the final day, the Gunners will need to turn up for their manager.

Wenger looks set to bag another season at The Emirates, as he sees out his contract, but a poor performance on Sunday would not help his cause.

Depending on what happens in Tottenham’s match against Southampton earlier in the day, Arsenal can still finish above their north London rivals again, so have another reason to play for the win.

Vincent Kompany, David Silva, Pablo Zabaleta and Aleksandar Kolarov are all ruled out through injury.

Manchester City don’t have a great recent record against Arsenal and lost the reverse fixture at The Emirates 2-1.

Arsenal are without Mesut Ozil.

The Gunners are also without Per Mertesacker and Alex Oxlade-Chamberlain through injury but Santi Cazorla and Jack Wilshere are available.

Cazorla, in particular, was excellent for Arsenal when they won at Manchester City last season.

Despite the somewhat deflated nature of this encounter, it could well be a fine game to watch as both sides look for some redemption following a season that has largely disappointed their supporters.