Home » blog » Man City leak footage of Eliaquim Mangala signing for the club, remove it, but it still exists [Video] 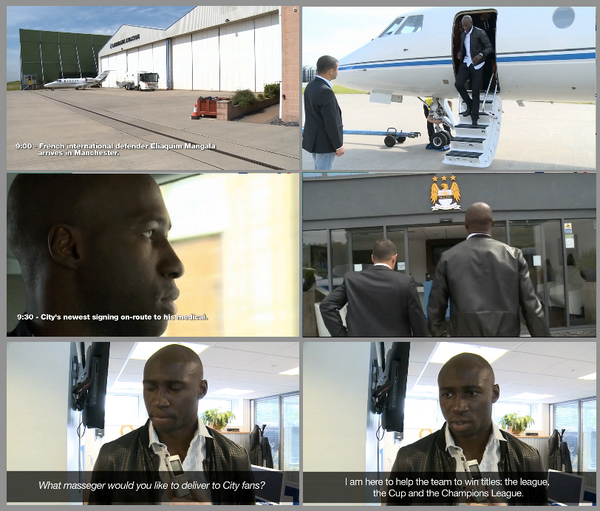 Manchester City’s summer spending spree is continuing with the purchase of Brazilian defender Eliaquim Mangala from FC Porto, however the Citizens have annoyed FC Porto by making the news piublic before the official announcement from the clubs.

In a fresh twist on breaking transfer news, the Premier League champions released a video on Thursday night showing Mangala arriving at City and joining the club.

Almost as soon as the video been posted online Man City were forced to remove the footage after it was supposed leaked before the allotted time.

Nevertheless, as is the way of the world, after the video was put on the worldwide web it was ripped and re-uploaded by excited football fans.

As such, the whole manner of the announcement of Mangala’s signing appears to be botched, yet that won’t stop Man City from getting their man.

The offending video documents Mangala’s arrival in Manchester, his medical examinations, and his first statements as a City player:

I’ve come to help the club win the league, the cup and the Champions League. I’ve joined City because I’m ambitious. I hope to play as much as possible.

Watch the video below.