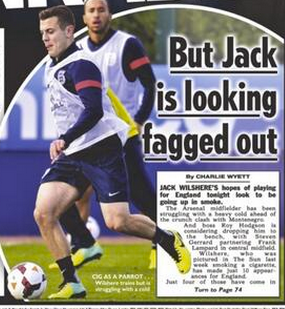 Two of the leading tabloids have revealed on Friday morning that Jack Wilshere has been dropped by England boss Roy Hodgson for the crucial World Cup qualifier against Montenegro at Wembley this evening.

Wilshere has started England’s last two games, but it is understood that Hodgson has not been impressed by the Arsenal midfielder in recent games as well as during England training this week.

This would cap a week where Wilshere has found himself on the back pages for a variety of reasons.

First, it was for being pictured smokinga cigarette, then Wilshere scored for Arsenal at West Brom before he became embroiled in a press-created Adnan Januzaj “controversy” over who should play for England.

All signs now point to Hodgson utilising a Frank Lampard-Steven Gerrard central midfield with James Milner on the right and Danny Welbeck deployed on the left. Daniel Sturridge and Wayne Rooney will start up front for England.

As a result, the Daily Star say “Roy smokes him out” and The Sun go with “Jack is looking fagged out.” Both back pages are below. 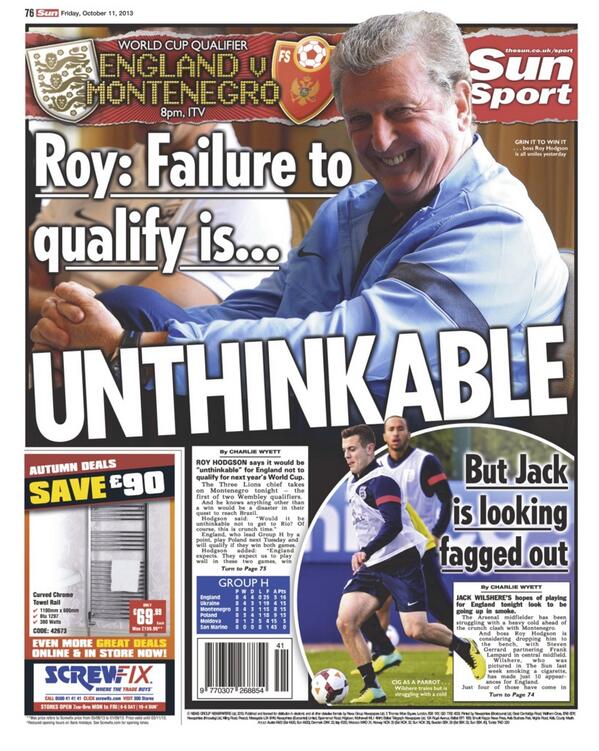