Home » blog » Cleanin’ Out My Closet: Isco (Real Madrid) is a lifelong Barça fan whose dog’s name is Messi 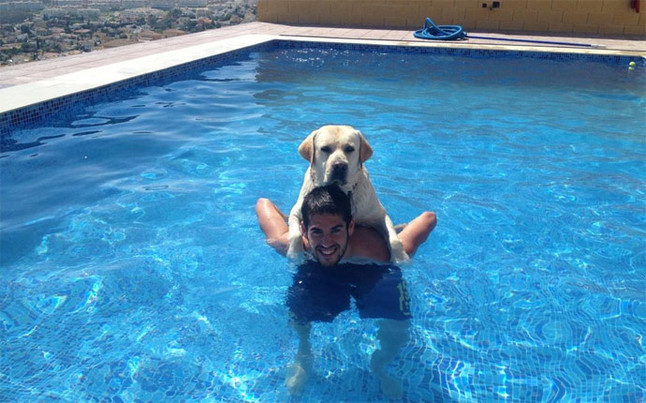 Isco had better hope his pooch Messi hasn’t got too used to his name, because it ain’t gonna fly at the Casa Blanca!

Barcelona-based paper El Mundo Deportivo got up to a bit of mischief this week by revealing that  Real Madrid’s new signing Isco has a few skeletons in the closet.

Put simply, Isco is a lifelong Barça fan, and moreover, antimadridista in philosophy.

An interview he did while still playing for Valencia B after the U17 World Cup in 2009 proves it on record, when he said

”I’ve always been a bit antimadridista and I still am. I have the feeling it’s an arrogant club, and without humility you don’t get anywhere.’‘

And as recently as October 2012, Isco told El Cuatro that the players he most looked up to are Xavi, Iniesta, and Ronaldinho.

Isco also showed his support for Barça in the 2011 Champions League final with a subversive tweet, making reference to Jose Mourinho’s infamous ‘Por Qué?’ rant after Madrid were knocked out in the semi-finals by Barça.