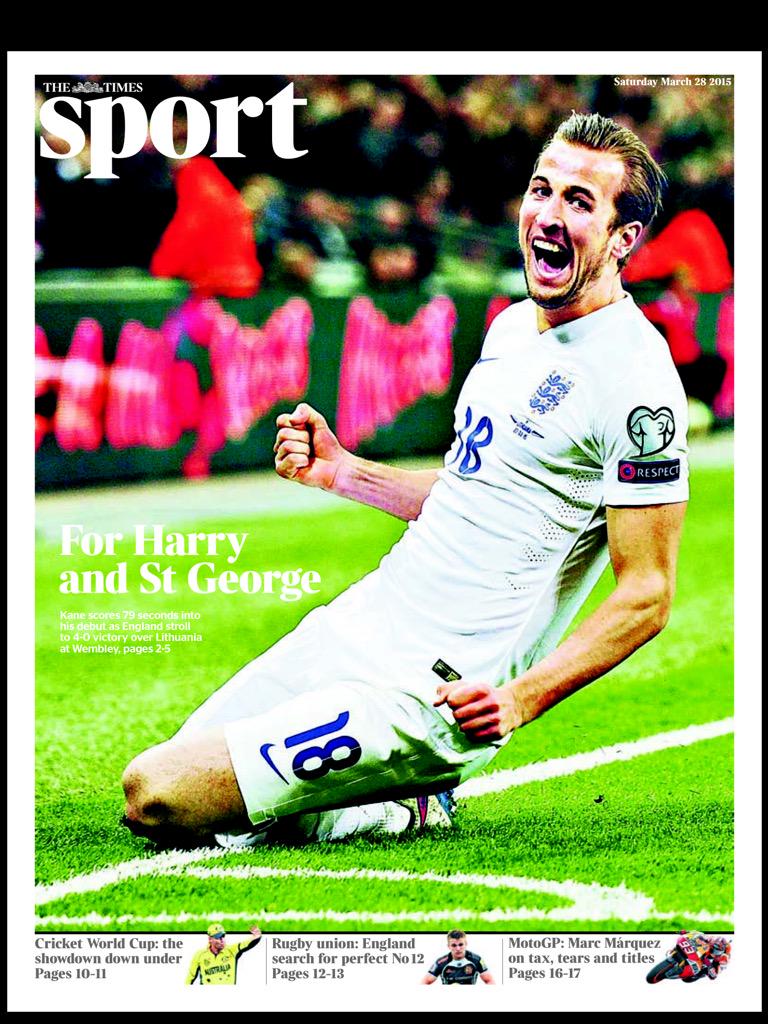 As is to be expected, Harry Kane’s face adorns the back page of most papers tomorrow, after the Spurs man’s goal on his England debut.

Kane nearly permanently broke the Internet when he scored just 80 seconds after coming on as a substitute for Wayne Rooney, and his fairytale international debut is pretty much in keeping with his debut Premier League season, truth be told.

Though Wayne Rooney edged closer to Sir Bobby Charlton’s goals record, and Danny Welbeck won Man of the Match, Harry Kane simply stole the show in what was an otherwise routine, run of the mill England win.

And with Kane now essentially installed as the next Golden Boy of English football by the press, it’s no surprise he’s front and centre of the Saturdays.

Interestingly, a few papers – the Guardian, Mail and Indepdendent, forwent the Kane angle, and have gone with either cricket or rugby; apparently, they weren’t expecting much from England’s crunch qualifier with Lithuania, but they’ll be regretting that decision now. 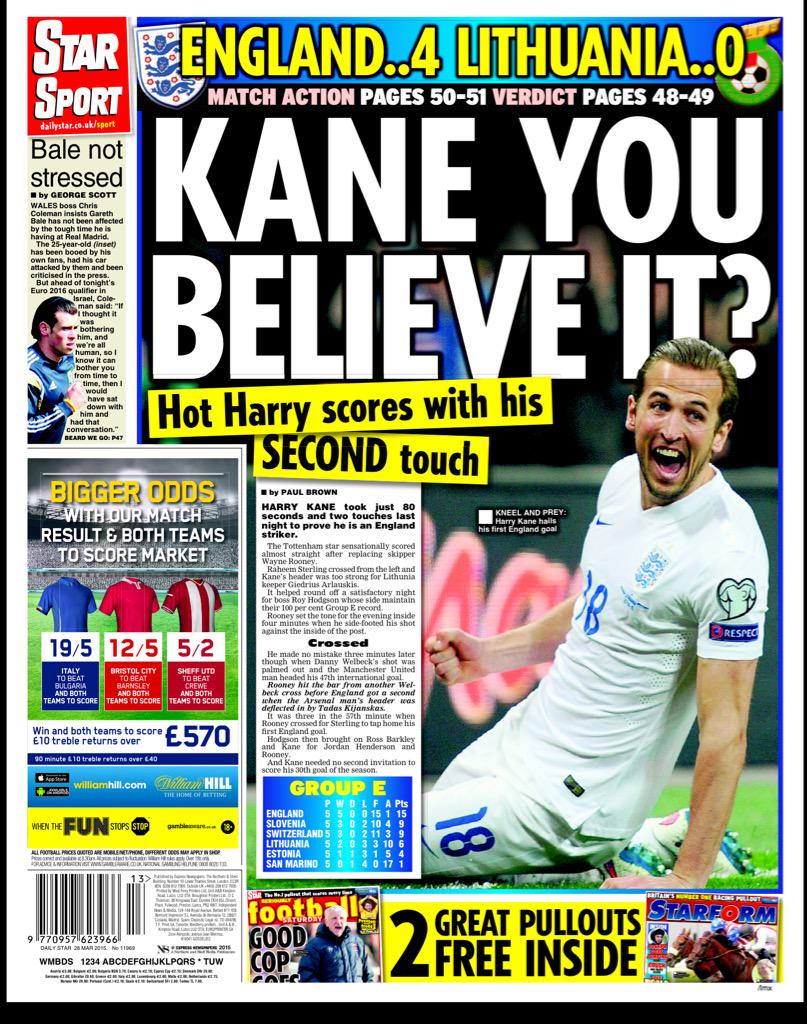 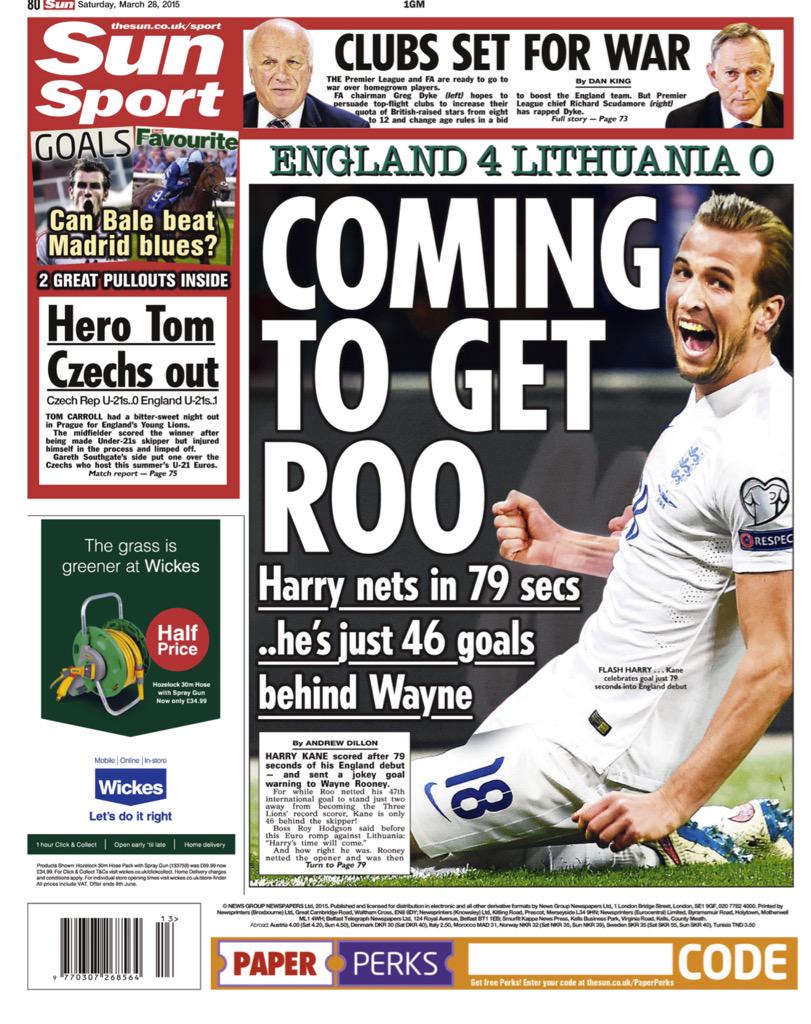 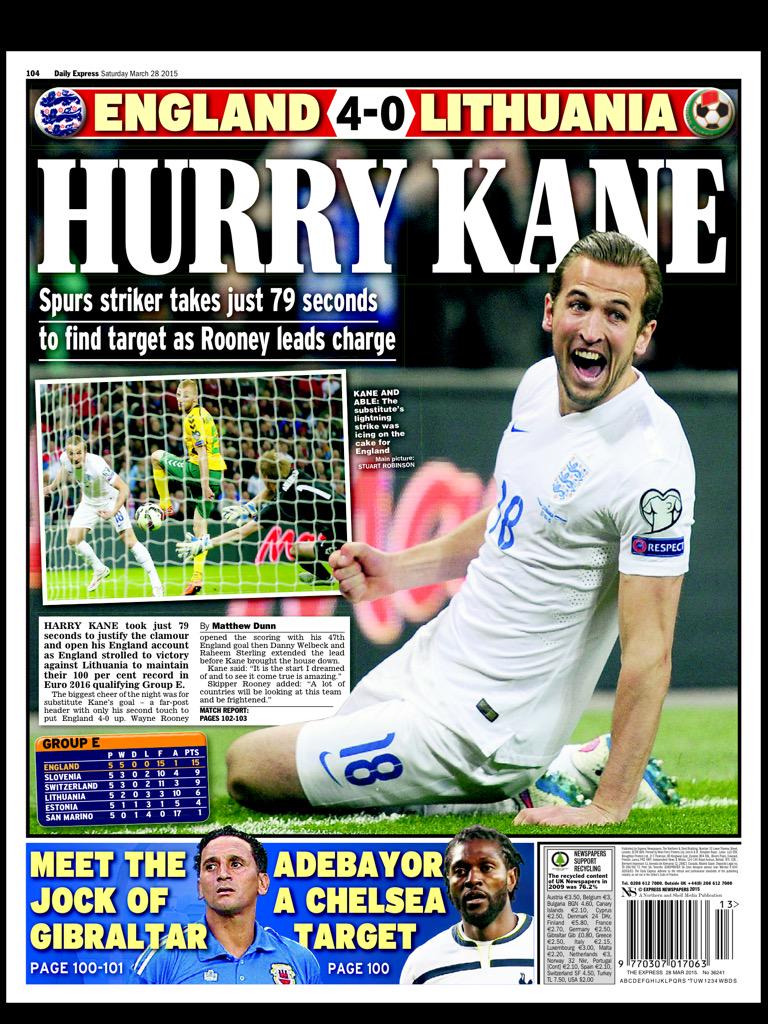