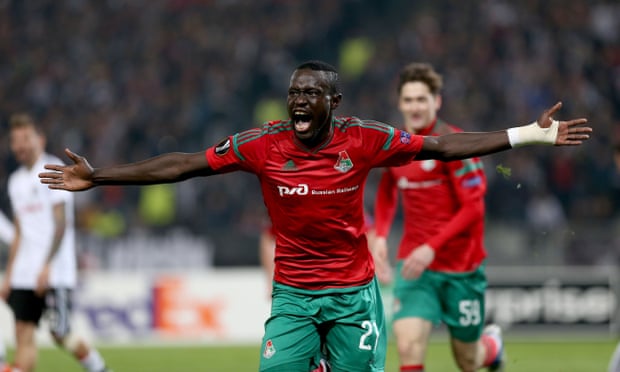 It’s yet to be confirmed by the clubs, but Lokomotiv Moscow striker Oumar Niasse is today joining Everton.

The transfer has been confirmed by Niasse’s girlfriend on Twitter.

@mizzyjohn, who has the Twitter bio ‘Mrs Niasse’, has today been updating her followers about her husband’s move to Goodison Park.

The news of the deal was originally broken by the Guardian on Saturday.

Niasse is a man in form, having scored 12 goals and grabbing ten assists in his 21 matches for the Russian side this season.

But how will he fit into Everton’s current setup. Can he dovetail with Romelu Lukaku? And is he any better than Arouna Kone? And is he worth the £13.5 milloin Everton are reportedly paying for him?

According to Artur Petrosyan, the editor-in-chief of Sport-Express.ru, Niasse is “unpredictable” but he’s also a workhorse.

See how @mizzyjohn has today confirmed her husband’s move to Everton below.