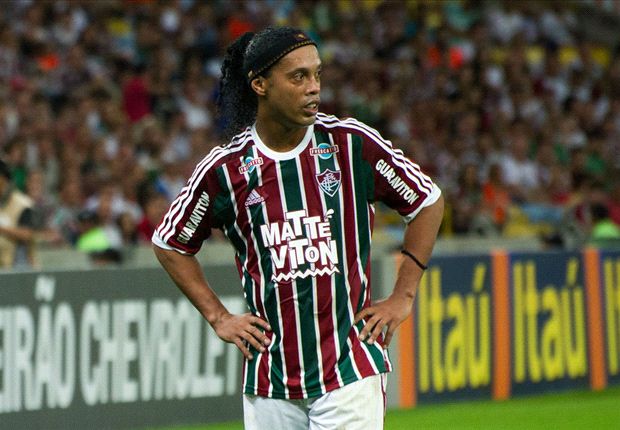 Brazilian club Fluminense today confirmed they had cancelled the contract of Ronaldinho by mutual consent, having signed less than three months ago.

The 35-year-old Barcelona legend made only 9 appearances for the club, failing to register a goal or an assist during his unsuccessful stint at Fluminense.

The famous South American club released a statement on their website early this morning explaining the release of the incredibly skilful superstar.

Where next for Ronaldinho Gaucho? We’ve translated the Fluminense statement below.

“Fluminense hereby announces the breaking of the contract with Ronaldinho Gaucho amicably and in mutual agreement between the two parties.

From the first contact with club officials, the athlete and his representative addressed the club with professionalism and respect. The same positive attitude was demonstrated in training with the club.

Fluminense and Ronaldinho hope to maintain ties and plan to work on other projects in the future.

It should be noted that signing Ronaldinho successfully brought expectations regarding the marketing return, increasing income with box office sales of shirts and number of partners.

Ronaldinho also showed Fluminense are able to arouse the interest of the greatest players in world football.

Fluminense thanks Ronaldinho and wishes him luck for the future.”