Looks like someone at L’Equipe was pissed off this Christmas.

In a wholly negative article, the French daily has today produced a double spread article looking at the most hated footballers.

Chelsea striker Diego Costa was listed as the Blues forward was labelled “ugly and nasty”.

He was also joined by Chelsea centre-half John Terry, who was grouped alongside Mario Balotelli and Nicklas Bentdner in the controversial characters section.

In the most violent category, Nigel De Jong, Emire Spahic and Bradao were picked as the top three brutes in the game.

In the final category of the biggest divers in the game, Barcelona’s Sergio Busquets, Bayern Munich’s Arjen RObben, and Lyon’s pint-sized midfielder Mathieu Valbuena made the wall of shame.

See a copy of the article in L’Equipe below. 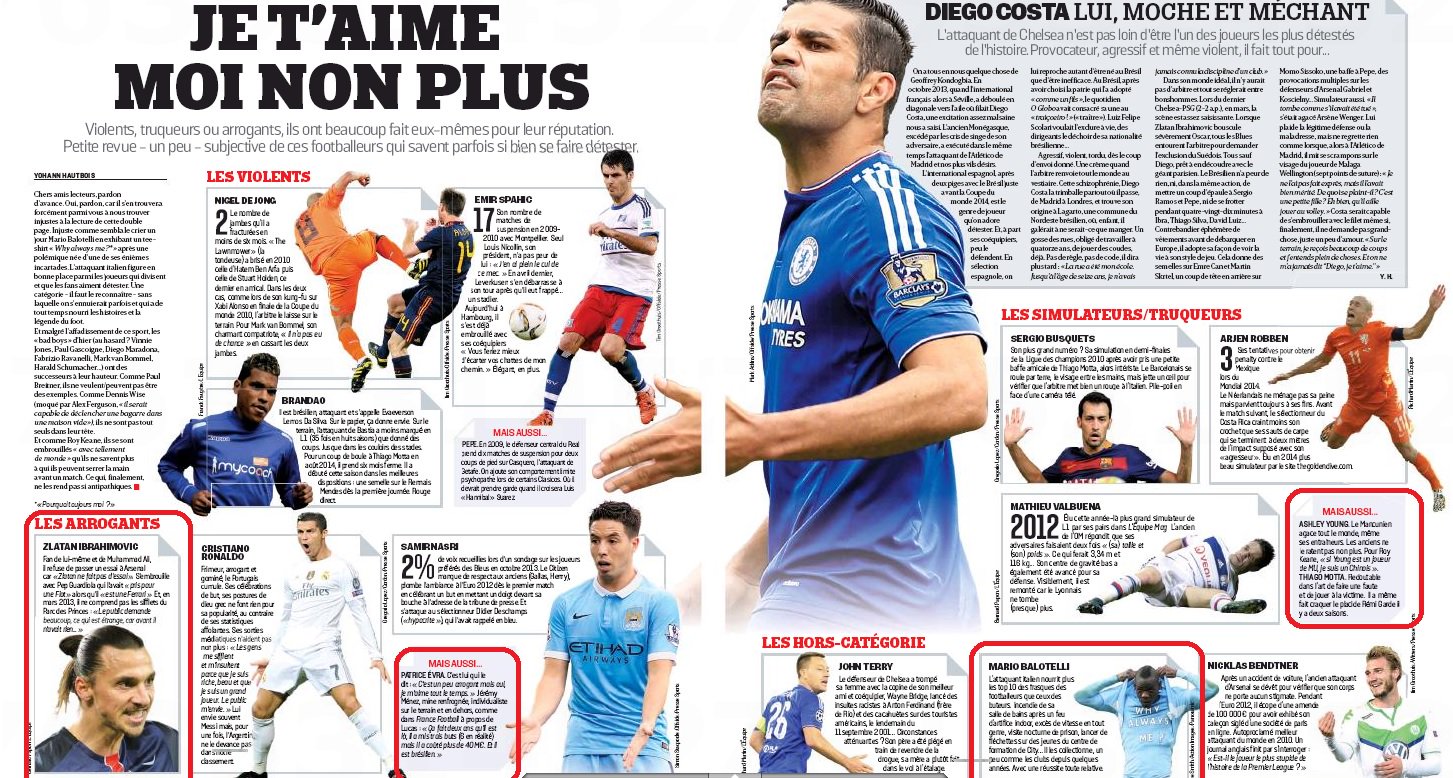