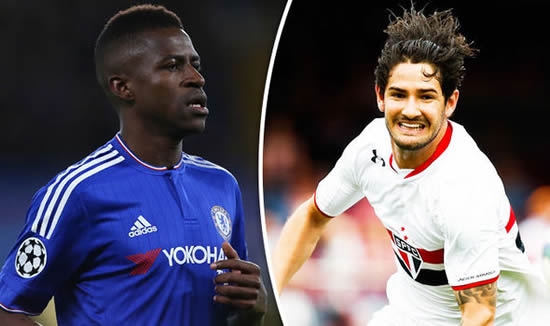 It’s a been a hectic day for Chelsea Football Club.

As we head into the final days of the transfer window, Guus Hiddink is reshuffling his squad.

The Brazilian has left Chelsea for Chinese Super League side Jiangsu Suning in a record-breaking transfer worth £25 million, making him the most expensive player in Chinese football.

But Chelsea also seem close to adding some new blood too.

Alexandre Pato has arrived in London, and he’s already told Sky Sports he’s over the moon about joining Chelsea.

Pato has agreed to join the Blues until the end of the season.

And then there are the claims that Chelsea are on the verge of signing a new defender.

So what connects Pato, Ramires, and Miazga?

They are all represented by an agent with a mixed reputation: Kia Joorabchian.

Tweets on Kia Joorabchian’s involvement with Chelsea are below.

My problem is with Miazga and his family allowing his fortunes to be determined by both Kia Joorabchian and the Chelsea player sales scheme.

Another wolf agent Kia Joorabchian. #luiz #Ramirez #pato and some unknown defender from the MLS to chelsea.

Kia #Joorabchian tying deals for his clients at Chelsea and in quick succession, it doesn't add up! #Pato #Ramires #Miazga! #EmenaloOut #CFC

Hello, @GaryJCahill (Morgan Freeman voice) America or China? Mr. Kia Joorabchian is our trusted friend and he will take care of biz.

Chelsea doing business with Kia Joorabchian when FIFA investigation is knocking at the door. Unreal timing.

Get a free bet worth up to £25 when you place your first bet with VBET!
Visit VBET!
Click here for more Premier League betting tips
Share with FacebookTweet on TwitterSend EmailCopy to Clipboard
101 Great Goals brings you its best offers and content on live streaming and sporting events. If you use our links we may earn a commission and all of our reviewers are compensated for contributing content to 101 Great Goals.