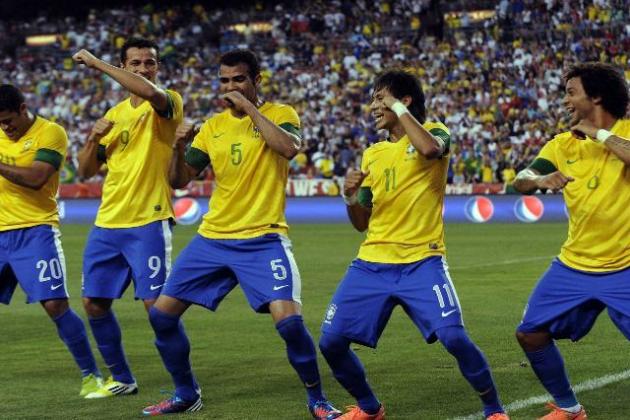 Brazil boss Scolari did not name which key players will be given a rest, but is expected to give some new faces a chance to prove themselves against Panama.

Brazil will host Panama on Tuesday at Estádio Serra Dourada in Goiás as they commence a series of exhibition games ahead of their home World Cup.

The Selecao are virtually every bookie’s favourites to win the coveted cup, and will attempt to show off their skills to the football world this week despite featuring somewhat of a B-squad.

In a recent interview the Selecao’s boss Luiz Felipe Scolari claimed some of his players are still far from their optimal physical form, and thus some key players are expected to be given a rest against Panama.

“For this first match we will follow what the medical department tells us, we don’t want to risk anything before the World Cup,” Scolari said.

Panama should not pose any major challenges for mighty Brazil, and this fixture will be an excellent way for Scolari to test alternatives, ahead of the next, more serious friendly against Serbia on Friday.

Brazil are opening the first stage of their home tournament in Group A and will take on Croatia, Mexico, and Cameroon.

Some essential facts to help with online betting:

Brazil have won nine out of their last ten fixtures, succumbing only to Switzerland in August of last year.

Panama have won three, drawn four, and lost three of their last ten fixtures, but have managed a respectable draw against Brazil’s next opponent and World Cup participant, Serbia.